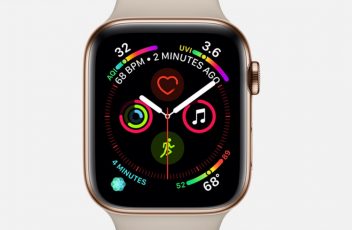 The Apple Watch Series 4 evolution provided a whole new different outlook and point of view on the product. There were many obstacles in creating and improving a well known device. The challenge was to attempt increasing the size of the case without making it noticeable or come to an agreement in terms of saving battery. Having narrower boarders authorizes a viewing area that is over 30% larger, while a new backplane technology known as LTPO improving on saving battery percentage. All of the dimensions have been redesigned to provide information with richer detail allowing you to see more and do more at a glance. 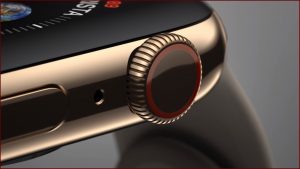 The Digital Crown inducted within Apple Watch Series 4, provides a much easier way for customers to navigate around. It was designed so that it delivers a click-like feel easily perceived, as we scroll. With the Apple Series 4 mechanics totally re-engineered, the Digital Crown adds more ability and components into a significant less amount of space. 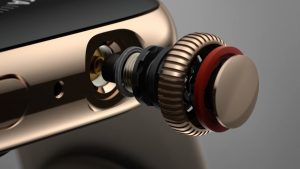 The entire components of the Digital Crown is 30 percent smaller than the previous Apple watch, yet it included 21 percent more components. The titanium electrode included on the top of the watch also allows you to use the ECG app, which is able to provide information about your heart rate and heart rhythm just by touching the Digital Crown! 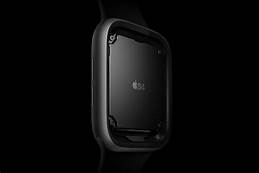 The newest released Apple watch 4 could be used up to 18 hours with a single charge! The S4 chip included in the inner portion of the apple watch 4 is more than what it seems, it’s a System in Package (SiP). This latest apple watch have its entire system fabricated onto this tiny space! In fact Apple Watch is the one, and only product that completely runs on SiP. 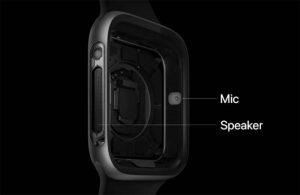 The CPU and Speaker

The central processing unit(CPU) in the fourth-generation has been the fastest compared to before. Up to 2x speed, apps opens more quickly and performance is also leveled up. The speaker provides up to 50 percent louder speaker, significantly larger sounds for Siri and Walkie-Talkie. Changes have also been made to the microphone which, it has been relocated to the opposite side to reduce echoes.

The apple watch to some people seems like a waste of money. What happened to good old fashion wrist watches? Quite honestly, the apple watches are extremely helpful. The biggest help is staying healthy. This watch keeps you in check when your heart rate is too high or when you need to breathe. Here are some of the many highlights to the watch, besides that it tells time.
The apple watch series 4 includes all of the above, and then some.
Overall, the apple watch is the best choice you can make. If you or a loved one have a medical matter being dealt with, the watch will help and be better assistance to you. It provides a feel of comfort and protection. You won’t have to fear not having any help around when you’ve fallen, or not knowing when your heart is too high or too low.