In Apple’s first major event of 2018, it will take place at 10 a.m. Central time at Lane Tech College Prep High School in Chicago. Instead of focusing on iPhones and Apple Watches as per usual, this keynote will be all about education and creativity.

Considering the event is happening at a high school, the infrastructure to provide a solid livestream might not be available. However, there will still be a liveblog of everything that’s going down at the event. 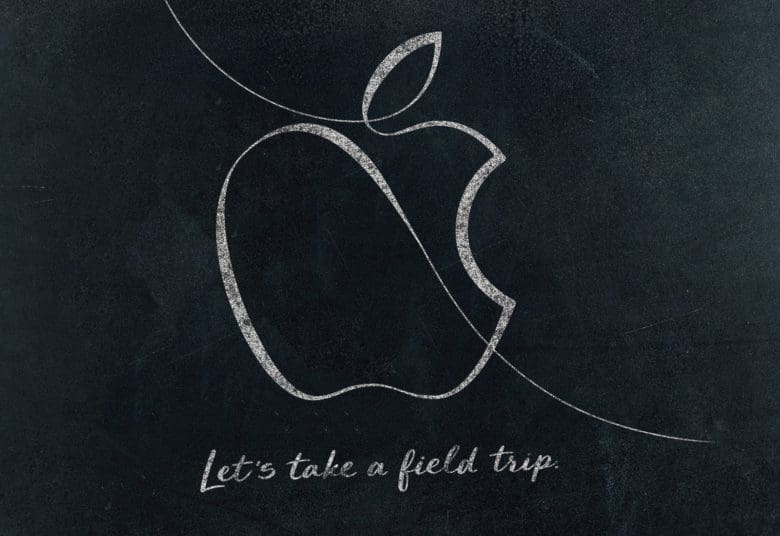 Software will be the main focus of Apple’s education event, ClassKit being the biggest star. The new Apple framework will help developers create better educational apps; for example, students will be able to answer quizzes remotely and have the answers transmitted to a teacher via iCloud. A “kiosk mode” that locks a student into one app was also discovered. Dozens of other features that haven’t leaked out yet will also be included in the ClassKit release.

In order to run ClassKit apps, iPhone and iPad users will need iOS 11.3. Therefore, it is likely that Apple will release the final version of the iOS update after the keynote. iOS 11.3 comes with many new features, including battery health metrics, new Animoji for iPhone X, business chat on iMessage, and others. 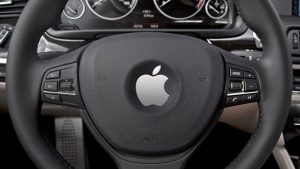 Apple is now testing more vehicles than its top rivals, including Tesla with 39 permits, Uber with 29 permits, and Alphabet’s Waymo with only 24; they had more than 100 in June 2017. Self-driving car technology has become popular over the past few years among major technology companies, with many of them betting that autonomous cars requiring little to no human interaction is the way of the future. These companies are also hoping their technology will keep passengers safer than human-driven vehicles.

Yet, self-driving cars likely won’t be available to consumers for at least a couple of years. For now, testing is critical for all of those companies to get their technologies ready for the “way of the future.”

As the toy giant prepares to close all of its 735 US locations after 70 years of business, customers can now find Apple products at a steal. According to one Reddit user, a local Toys R Us store was selling  an Apple TV 4s for $75, compared to its $149 retail price. The same user additionally said that the store was selling iPod Nanos for $54, which typically costs around $145.

Customers can expect to see blowout clearance sales across the country in the coming weeks; Toys R Us recently started clearance sales at about 170 stores that it plans to permanently close in April. The company had been struggling with a large amount of debt following a $6.6 billion leveraged buyout in 2005. The popular toy giant has struggled to compete with rivals such as Walmart, Target, and Amazon in recent years. 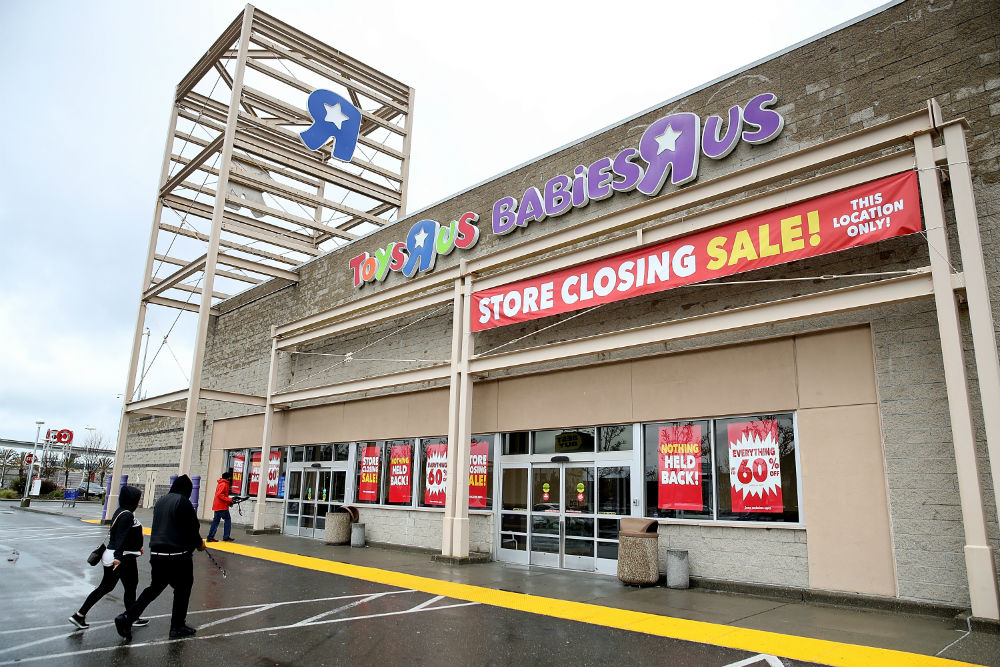 Business Insider’s Dennis Green reported the following: “These high payments prevented the chain from making the changes necessary to compete, like improving the in-store experience and beefing up e-commerce in the age of Amazon, the company said in the filing. The debt also prevented the chain from keeping up the appearance of its stores and ensuring its employees were well-paid.”

The company hopes to remain alive outside the United States. It said many of its stores in Canada, Europe and Asia “remain strong, viable businesses,” and may be saved or sold. In the mean time, if you’re looking to stock up on some Christmas gifts or save on some Apple products, head to your local Toys R Us before it’s all gone!

According to latest research, VPN comparison service Top10VPN.com revealed that after banking and financial service IDs, a hacked Apple account is the most valuable single account traded on the dark web, which hackers can sell for around  $15. Aside from Apple, PayPal credentials are more valuable than online bank accounts. While online bank details trade at an average $160, PayPal logins start at around $250. Here is a list of what your different login details are worth: 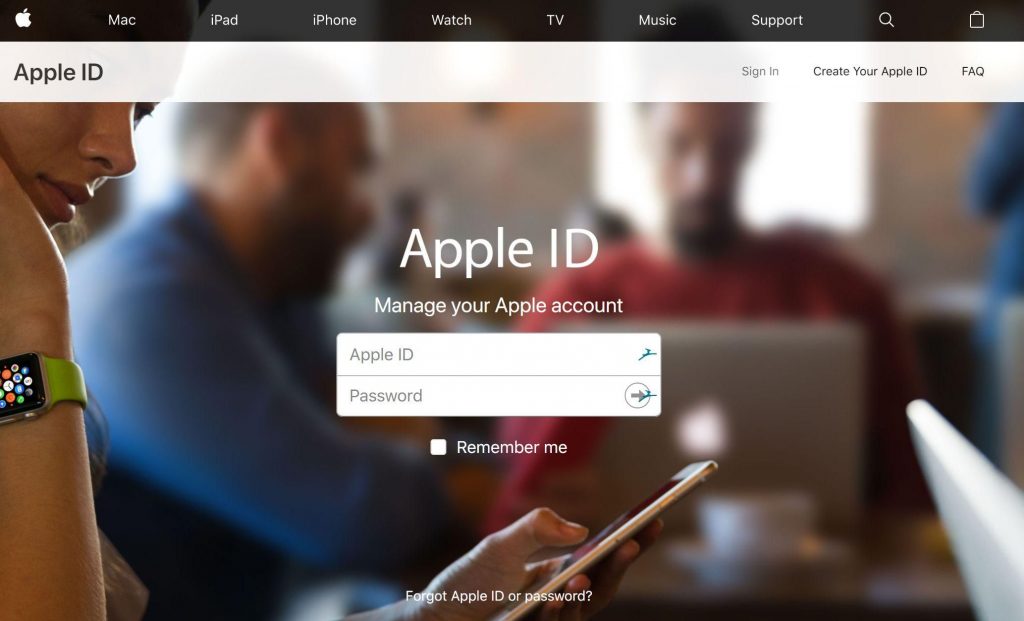 So exactly how do these hackers manage to steal your credentials? Often times, believe it or not, we fall for their tricks and give away our information without knowing so. Ever received an email from “Apple” saying that your account has been compromised? These hackers try to make these emails as authentic as possible, with Apple’s logos, fonts and styles that you normally receive. “Click this link to recover your account” is something you might see; this would then take you to a fake page that is unsecured, leading you to input your information just for it to get stolen and sold without your knowledge.

Another good tip, aside from being aware of a phishing email, is to set up two-step verification (aka two-factor authentication, or 2FA). With this authentication, it will be much harder for someone to make changes to your account, such as changing your password so you no longer have access. Now, the hacker cannot do anything without providing a verification code, which is delivered to a device in your possession, usually your phone.

It has been widely rumored that Apple will be launching three new iPhone models later this year; the first device is expected to be a relatively cost-sensitive model that will include the same core features as the higher-end models, but will use less advanced display technology as well as a cheaper aluminum construction; the middle device is rumored to be a direct successor to the current iPhone X, with a similar appearance and display size but with upgraded internal specifications; the third and highest-end model is thought to be a bigger version of the successor to the iPhone X, with a larger 6.46-inch display.

Since 2014 when Apple began offering standard and Plus-size versions of its iPhone models, they have been revealing latter versions with unique features and improved specifications compared to the standard-sized models. For example, the iPhone 8 and iPhone 8 Plus. Features of the Plus include a sharper display, dual rear-facing camera, plus-specific software features (e.g., landscape home screen, split-screen view in several common apps), and more RAM (2GB in iPhone 8, 3GB in iPhone 8 Plus).

However, based on a set of credible leaks from both KGI Securities analyst Ming-Chi Kuo and Bloomberg, Apple has no intention of differentiating the updated iPhone X from the iPhone X Plus with any big changes. 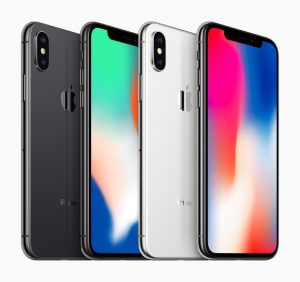 As far as the positives for this strategy, Apple’s supply chain management becomes easier and loyal Apple customers who are willing to pay top dollar for new iPhones don’t feel that they are buying an inferior device by picking the smaller of the two iPhone X models. Additionally, by using the same basic components, Apple minimizes the bill of materials increase from the standard iPhone X to the iPhone X Plus.  A con to this strategy is that Apple misses out on the opportunity to improve the competitiveness of its larger-screen model, as there are features that are easier to implement in larger devices with bigger batteries than they are in smaller devices with commensurately smaller batteries.