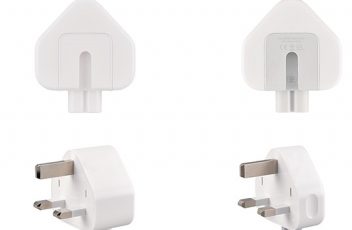 Apple today announced a voluntary recall of three-prong wall adapters used primarily in Hong Kong, Singapore, and the United Kingdom. The AC wall adapters were shipped with certain iOS devices between 2003 and 2010 as well as included in the Apple World Travel Adapter Kit.

Apple wrote in a press release, “In very rare cases, affected Apple three-prong wall plug adapters may break and create a risk of electrical shock if touched”.  It went on to a say that they are aware of six incidents worldwide.

Apple asks that customers stop using this wall adapter because customer safety is Apple’s “top priority”. The recall is voluntary but if you do trade in your adapter it is free of charge. 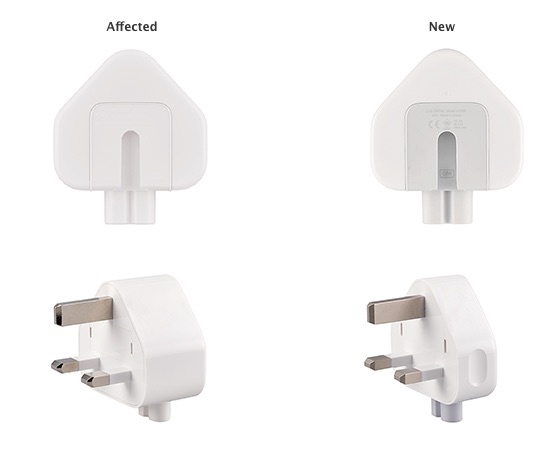 The affected three prong adapter is  white, with no letters on the inside slot where it attaches to the main Apple power adapter.

USB plug adapters are not affected by this recall.

For more information on figuring out if your adapter is affected or how to exchange your adapter visit, https://www.apple.com/support/three-prong-ac-wall-plug-adapter/

Apple recently revealed the details of its new credit card, which they have teamed up with Goldman Sachs on; the Apple credit card is designed to be used with Apple Pay. Some of the perks offered with the card include daily cash back, no annual fees, no late fees, and interest rates that are among the lowest when compared to others in the industry. Only those who have the Apple card will be able to access special features in the Apple Wallet app.

As exciting as this new credit card sounds, consumers should keep in mind a few things. For one, the card is designed to promote Apple Pay, possibly because mobile payments have still not caught on in the US as it has in other parts of the world, such as China for example. This is mainly due to merchants being slow adapting to new technology, and so fixated on the transition of chip-and-PIN cards.

PayPal, including Venmo, has 267 million users, compared to the 32 million Apple Pay users, according to research from Richard Crone, a consultant in the payments industry. Following Apple Pay are Walmart Pay with 31 million users and Starbucks with 25 million users.

The special features in the Apple Wallet app is Apple and Goldman’s plan to make the card competitive over others. Those who use the card will be able to track their spending, and purchases will be sorted into color-coded categories to make everything visual and easier to read. It is also expected to have features similar to those of a savings app, where users can set spending goals, budgeting and managing their card. 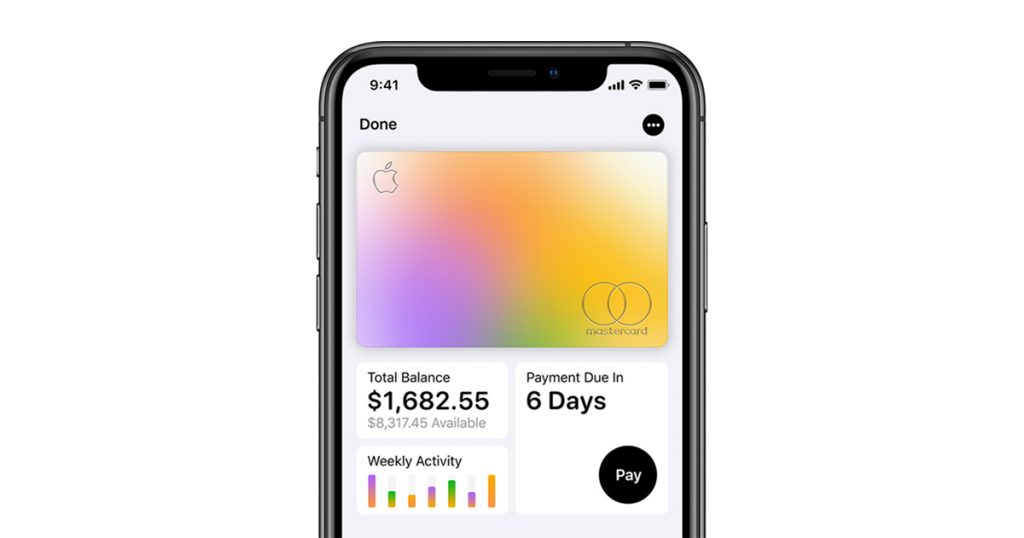 Another thing that consumers should keep in mind is the fact that mobile payments can affect how you spend money. “Any way you make spending less tangible, there is that risk you’ll spend more because you’re not actually seeing that money come out of your wallet,” said Arielle O’Shea, a credit card expert at NerdWallet. According to a recent report from Zion Market Research, researchers found the following:

Aside from this being a way for users to spend more money, Apple and Goldman Sachs will be able to collect data on what consumers prioritize in their financial lives through features added to the Apple Wallet app, leading to targeting customers for different financing options and credit cards to suit them. As it is a breakthrough for Apple to jump into another industry, you may want to consider these and other possible factors before applying for an Apple Card.