Apple sales are on the rise according to their latest stock reportings. Setting a record high on Wednesday, Apple stocks rose 5% to $157.14 per share. With the highly anticipated new product release later this year, Apple stocks are expected to increase again before their Q4 reports are released. 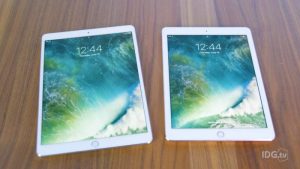 This news comes one year after the quarterly revenue fell for the first time in 13 years due to decreased sale in the Chinese markets. This year, Apple reports 2% increase in phone sales in the Chinese markets, but iPhone sales are not the only Apple product on the rise. The number of iPad sales increased 15% which can be accredited to changes in features as well as price ranges. By lowering the base price, consumers were inclined to purchase upgrades to the base model furthering sales. The newly redesigned iMac and MacBook Pros are also reportedly gaining interest in the declining personal computer industry. Sales in iTunes and the app store have increased 22% since the last quarter.

Even with Apple’s growth in sales, other companies such as Google and Youtube are competing for the final quarter to see which Silicon Valley company prevails.

Google launched the Google Pixel earlier this year rivaling the iPhone and seems to be the solution to storage limits that iPhones often have. By using the Google cloud and allowing users free access to store millions of pictures rather than charging for storage increases, Google may be on top at the end of the year. Alphabet, the parent company to Google and Youtube successfully allocate funds that allow Youtube to grow as an advertising service and move into the autonomous car realm.

Facebook balances its earnings by limiting the amount of advertisements in news feeds by increasing the number of ads on their other platforms, Instagram and Facebook Messenger. Since it’s acquisition of Oculus, Facebook has taken a small loss as it struggles to come out on top on the virtual reality business.

Apple generally experiences cyclical sales, increasing rapidly as the new product drops in the Fall every two years. The holiday season also aids sales as consumers rush to buy their loved ones the newest technology on the market. Investors are hopeful to see the effect on sales this year, as the newest products come 3 years following the last big release. 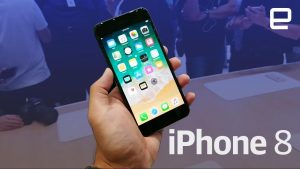 The iPhone 8 is rumored to cost $1,000 which is an increase over the standard $800 predecessors. Will the sharp increase in price turn consumers away or will it further increase Apple’s net worth? As new information and specifications are leaked, consumers will be the ultimate deciding factor in how Apple performs in the final quarter. By the end of the third quarter, Apple has $45 billion in revenue and $262 billion in cash and marketable securities. Safe to say, they are expected to do well in the last quarter once initial excitement ends.