The launch of AC Wellness is almost here.

According to Christina Farr (2018), a reporter of CNBC, Apple will be launching new health care clinics collectively under the name AC Wellness starting this spring. At least upon its start, the system will only assist employees where the Apple headquarters are located, the Santa Clara County area.

Under the ‘About Me’ section of the AC Wellness website, this is stated in big font: “AC Wellness Network believes that having trusting, accessible relationships with our patients, enabled by technology, promotes high-quality care and a unique patient experience.” On the website’s front page there is also a tab for ‘Careers’ that upon clicking goes to a page that lists jobs that can be applied for such as health partner, nurse coordinator, acute care physician, etc., and a ‘Contact Us’ tab that leads to a page that lets you write your name, email, and a message to the company.

The CNBC article also stated that Apple was interested in hiring “designers” whose job it would be to “help implement a program focused on preventing disease and promoting healthy behavior.” These “designers” will be a population health designer and clinical program design lead.

The AC Wellness clinics will also be used to assess its expanding array of health services and products (Farr, 2018). Campbell (2018) wrote on the Apple Insider website that last month Apple announced its iOS 11.3 update, and through this update, the Health app would be able to have healthcare providers upload health records. For more information on this Health app update, check out our “Take Your Medical Records With You – Everywhere” blog post.

There have been multiple rumors from various sources about Apple’s newest products, including the  AirPower, next-generation AirPods, Apple Watch Series 4, a low-cost iPad, and three new iPhone models, just to name a few!

If you’re unfamiliar with the AirPower, it is a charging mat that will be able to charge up to three devices that use Qi charging at once, such as the iPhone, AirPods, and Apple Watch. The next-generation rumored AirPods are expected to release alongside the charging mat, which will feature wireless charging as opposed to the charging case, better Bluetooth connectivity, and possibly new colors. However, nothing is yet confirmed. 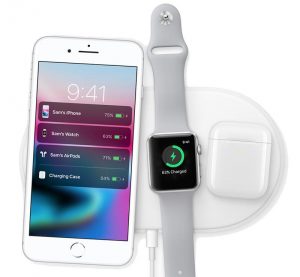 2015,  2018 could be the year that Apple introduces a new look for the wrist-worn device, Mac Rumors suggest. Apple will perhaps use micro-LED displays for the 2018 Apple Watch, which would allow for a thinner, lighter display with improved color gamut and brightness. New sensors could also be in store, as Apple has been testing EKG functionality for the Apple Watch. The feature would require users to place two fingers on either side of the Apple Watch to record the electrical activity of the heart to better detect irregularities, however it is not known if this functionality will be ready to debut in 2018.

With the rumor that Apple could introduce an even lower-cost iPad in 2018 than 2017 (its 5th-generation 9.7-inch iPad for $329 for the 32GB model) with a price tag that starts at $259, it would allow them to better compete in the lower cost tablet market. 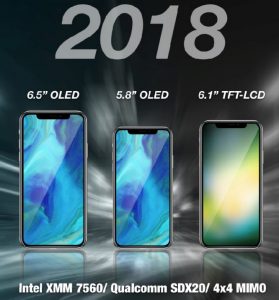 Finally, three new iPhone models are rumored to be releasing later this year. The first iPhone expected is a followup to the iPhone X with the same 5.8-inch OLED display, which will be accompanied by a second OLED iPhone measuring in at 6.5 inches; it can be thought of as an “iPhone X Plus.” Alongside these two OLED iPhones, Apple is also said to be planning to introduce a 6.1-inch iPhone with an LCD display, positioned as a more affordable device targeting the low-end and midrange markets with a starting price of $649 to $749 in the United States. According to KGI Securities analyst Ming-Chi Kuo, all three of these iPhones will feature edge-to-edge displays, Face ID, and TrueDepth camera systems, which means the end of both the Home button and the Touch ID fingerprint sensor in new iPhone models for the time being.

Although many of these products are still in the works or rumored, we are all hoping to see what Apple has in store for 2018! 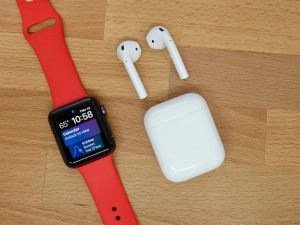 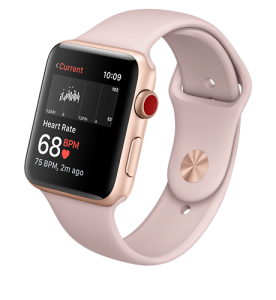 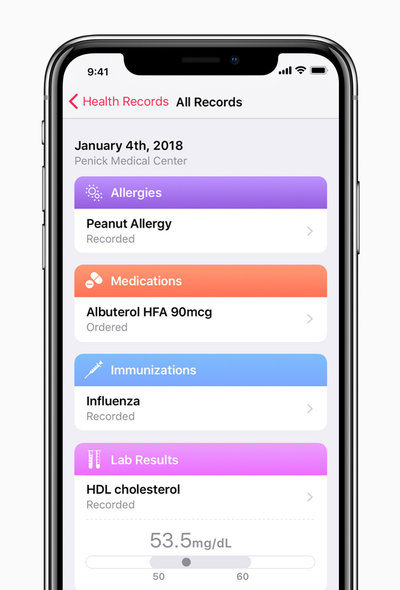 With the upcoming release of Apple’s iOS update this spring, the Health app will now include health records, so patients can take information about their immunizations, medications, lab results and more with them on the go. The feature will first be available to patients of medical providers who partnered with Apple, including Johns Hopkins Medicine, OhioHealth, Ochsner Health System in Jefferson Parish, La., and Cedars-Sinai in Los Angeles; Apple’s announcement says more medical facilities will offer this feature in the coming months.

With this added feature to the app, transferring information will be easier for patients who have to move or go to a specialist. Patients will be able to see records such as conditions, immunizations, visits and medication they’ve received in the past, which won’t allow them to make the mistake of taking something that hasn’t worked for them.

Because patients no longer have to enter or scan their own data, this makes it simpler to use, which will create a wide user base. The 21st Century Cures Act of 2016  also pushed federal agencies and providers to use electronic health records; now there is a data standard for personal health records, which wasn’t the case in 2011 when Google Health tried to use a similar health record service. 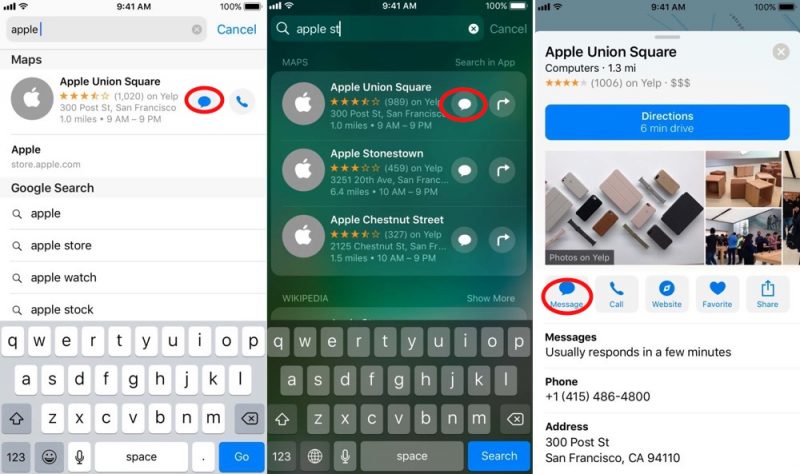 In June 2017, Apple released the details of its new communication platform, Business Chat, that be launching this spring in its iOS 11.3 update. With Business Chat, any iOS 11.3 user will be able to start a thread with businesses they find through Siri, Maps, Safari, and Spotlight search. 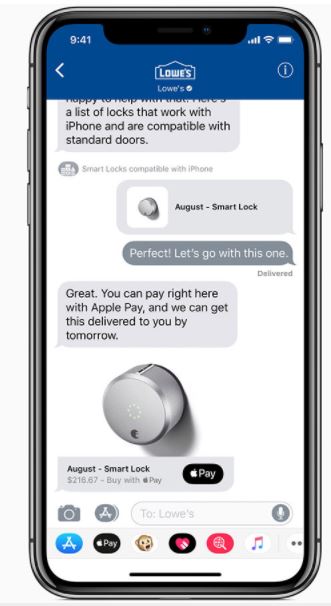 Aside from asking questions about services or products from that business, users will be able to make purchases directly within the chat with a merchant using Apple Pay or Apple Pay Cash. Now, it’ll be much easier for someone to book a doctor’s appointment or buy a plane ticket – all in iMessage! Convenient, huh? The best thing about using Business Chat for making purchases is that  Apple Pay Cash does not have a middle party that will be paid, therefore there are no extra fees for sending money through the chat.