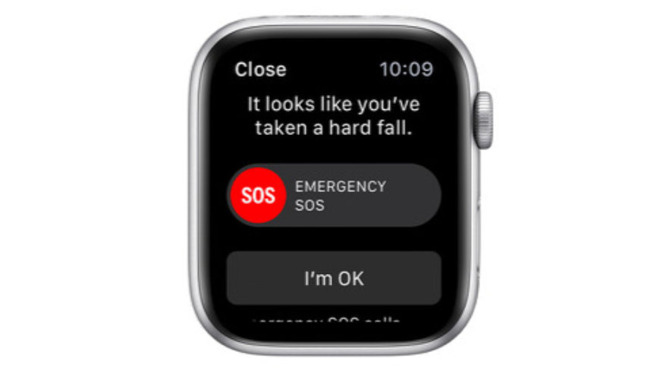 The Apple Watch series 4 has an interesting feature that allows for emergency services to be called if it detects a hard fall. This fall detection looks for the three most common types of falls, straight down, a trip or a slip. If one of those falls are detected it will alert the wearer that a fall was detected and then if no movement is detected by the wearer it will call emergency services and send a message to the wearers emergency contact. This feature is very useful for older people who may be prone to falls. 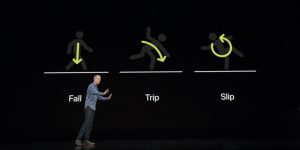 For example, in Kennebunk Maine, an 87-year-old woman, Dotty White,  got in a car crash on her way home from the grocery store. She was unable to reach for her phone or call for help. The Apple Watch she was wearing detected a hard fall, triggering the fall detection feature. After the warning feature, it called emergency services as well as alerted her emergency contacts.

Because her family members were notified of her location they were able to immediately go to where to go to help Dotty White.

She came out of the incident mostly ok with only a few broken bones.”It’s pretty nice to just have it on your wrist,” she added said.”You have the time, the weather and help.” 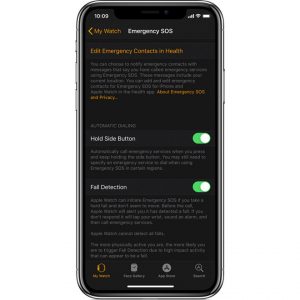 By default, the fall detection feature is disabled. You can manually enable the feature if you go to Emergency SOS.  To learn more on how to set up the feature click here.